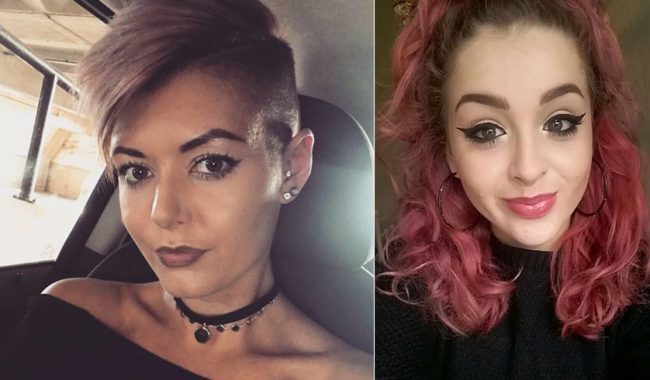 Following the success of 2016 ambassador Matthew Richards, who has now qualified and working full-time on the floor of his Ipswich salon, Directors Alan and Edward have nominated 2 ambassadors to represent Alan d in 2017.

Alan said, “from the beginning of the decision process, we knew it would be tough as both candidates had a great story and such different backgrounds. Both therefore had a valid reason to tell their story and truly represent hairdressing apprentices in 2017. Isabelle from GM’s in South London is only 16 and a school-leaver, but with an incredible 6000 followers on Instagram, such is her savvy commitment to social-media. Potential apprentices will really relate to her and hopefully feel inspired by her commitment and hard-work.

On the other hand, Jessica from Kinki Boutique in Norwich is 23 and started hairdressing relatively late. This meant that her employer had to part-fund her apprenticeship and pay a higher wage as she entered her 2nd year. Now mid-way through her Level 3 and having made her first stage appearance at Salon International, we hope she can appeal to more mature students who may feel that their dream won’t happen.”

The ambassador role encompasses a number of jobs, from blog-writing, to appearing on stage with the Alan d team, working on fashion-shows and even occasionally q&a’s on social media. Last year’s ambassador even appeared on the radio!

“We felt the best way to spread the word about what a great industry we are in is by using their peers. Both Isabelle and Jess are cool, but most importantly they’re real. Hopefully their stories will inspire others” said Edward Hemmings.